Create an Account - Increase your productivity, customize your experience, and engage in information you care about.

A "Face-Lift" for Mainstreet

In 1991 the City of Hopkins launched a $3.7 million Mainstreet Improvement Project to update the appearance and infrastructure of historic Mainstreet Hopkins. The purpose of the initiative was to enhance Mainstreet's traditional appearance and benefit both downtown customers and businesses. In addition to street improvements, utility repairs, and landscaping, the City decided to emphasize the corner of 9th Avenue and Mainstreet with a clock tower that would reinforce the Mainstreet aesthetic.

The clock tower was designed by Westwood Professional Services with input from a design review committee that included City staff. The City Council approved the design on September 3, 1991, and it was constructed in 1992. The cost of the clock tower was offset by a Buy-A-Brick program. For a fee, folks could have a brick at the clock tower site engraved.

The intent for the clock tower is to serve as a landmark and beacon on Mainstreet in a style that addresses the many existing historic buildings. A plaque dedication at the tower site states, "Remember the Past. Embrace the Present. Shape the Future." Today, the clock tower is frequently used by local businesses for giving directions, and the site even hosts an annual tree lighting ceremony each holiday season.

The Hopkins clock tower is an important marker on Mainstreet and a community landmark. That is why it is a Point of Interest. 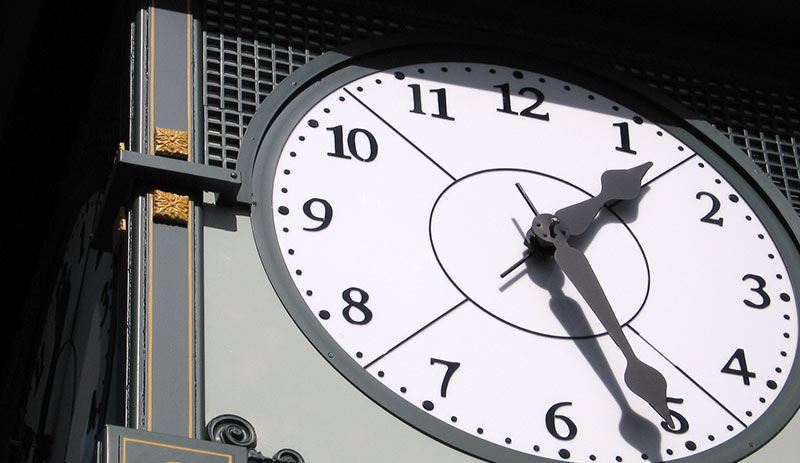