Create an Account - Increase your productivity, customize your experience, and engage in information you care about.

A Landmark in the Community Since 1872

Chances are you've driven by the Depot Coffee House, located right off of Excelsior Boulevard and Highway 169. Hopefully you've had a chance to stop in for a mocha or enjoy the bands on open mic night. But do you know the history behind this century-old building?

The railroad was the single most important factor in the development of Hopkins. It brought industry and, in return, jobs and residents. The most important line was the Minneapolis and St. Louis Railroad. The first station for this line was built in 1872 on land acquired from Harley H. Hopkins. His conditions were that the station be named Hopkins (rather than West Minneapolis) and that he be able to ride the rail free for the remainder of his life. By naming the depot Hopkins he laid the path to renaming the village from West Minneapolis to Hopkins.

The original depot was replaced around 1903 with the red brick building that we know now. Passenger cars stopped running on the line in 1960. The station was in operation for freight transportation until approximately 1971 or 1972 when automated switching replaced the need for employees at the station. The last train ran on the Minneapolis and St. Louis tracks on June 21, 1980.

The depot sat vacant for a number of years. Then in 1994, the idea of the depot as a chemical-free safe gathering place for students and the community was born. A lease was signed between the owner, the Hennepin County Regional Railroad Authority, the City of Hopkins and the Hopkins School District. Later, Three Rivers Park District also joined as a lessee. Funding partners include the lessees as well as the Ridgedale YMCA and Park Nicollet Foundation.

To fulfill the vision, the depot required $300,000 in renovations. This was accomplished with $100,000 in grants and $200,000 in donated materials and labor. Thanks to incredible efforts from the community, The Depot Coffee House opened on September 2, 1998.

The Depot now is a hub of activity that includes concerts, open mic night and, of course, a coffee house open to the public. The Depot also serves as the trailhead for three regional biking and walking trails.

Led by an extremely hard-working student board and staff, The Depot is constantly evolving, but its place in the community remains important. That is why The Depot is a Point of Interest. 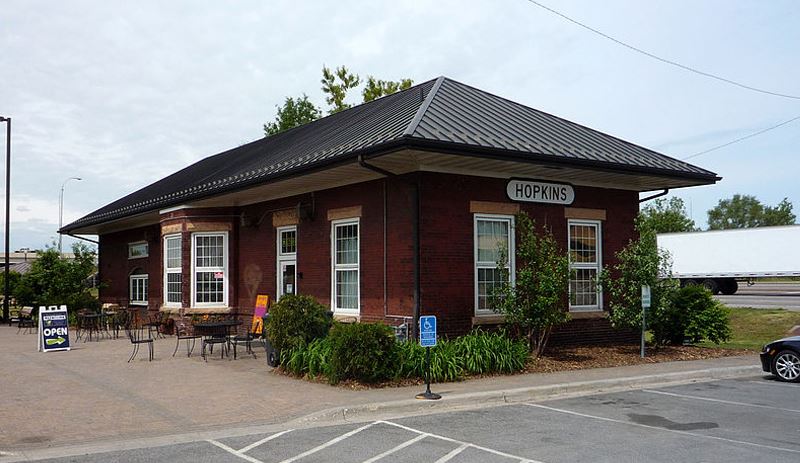