A Point of Pride with over a Century of History

There are many features that set Hopkins apart from every other city, and Mainstreet is one of the big ones.

Originally, Mainstreet (local spelling) was the place to fill all the turn-of-the-century needs. On Mainstreet you could find a general store, lumberyard, meat market, milk depot, blacksmith shop, livery stable, barbershop, and public bath. Those services gradually changed but Mainstreet continued to be a commercial hub for the western suburbs.

As cars became more important Hopkins Mainstreet became known for auto sales with numerous dealers and a gas station on every corner. Cruising Mainstreet was popular with several generations of teens from throughout the metro area, and adults found live entertainment at the numerous bars.

In the 1970s the City reacted to the rise of new shopping malls with the creation of the "Welcomall." Mainstreet was narrowed, curved, and transformed into an outdoor mall. The experiment was not met with much excitement, and in 1991 Mainstreet was rebuilt. Utilities were upgraded and Mainstreet was restored to its original alignment. Decorative lighting, sidewalk pavers, benches, and bike racks were added which complemented the historic architecture.

Hopkins began to attract a concentration of antique stores, which has added to the incredible assortment of destination retailers. Mainstreet and the surrounding downtown is a totally walkable, full-service, heart of the community. In under a quarter-mile radius, you will find groceries, doctors, a post office, a library, liquor and drug stores, arts, and entertainment. Mass transit runs directly down Mainstreet with express service to downtown Minneapolis.

In 2022, the Hopkins Commercial Historic District (Mainstreet between 8th and 11th Avenues) was listed to the National Register of Historic Places. The National Register of Historic Places is the official list of historic properties recognized by the federal government as worthy of preservation for their significance in American history, architecture, archaeology, engineering or culture.

Mainstreet Hopkins is unique, exciting, convenient, and resilient-and is definitely a Point of Interest! 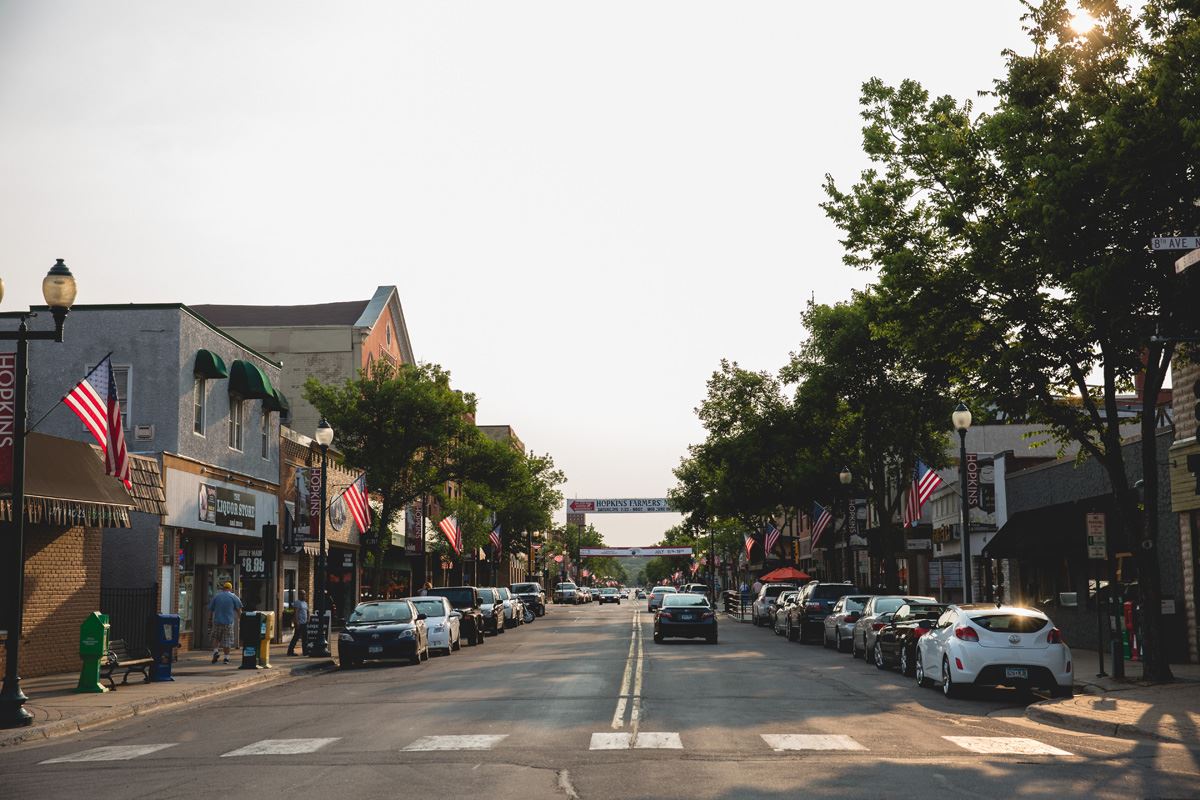