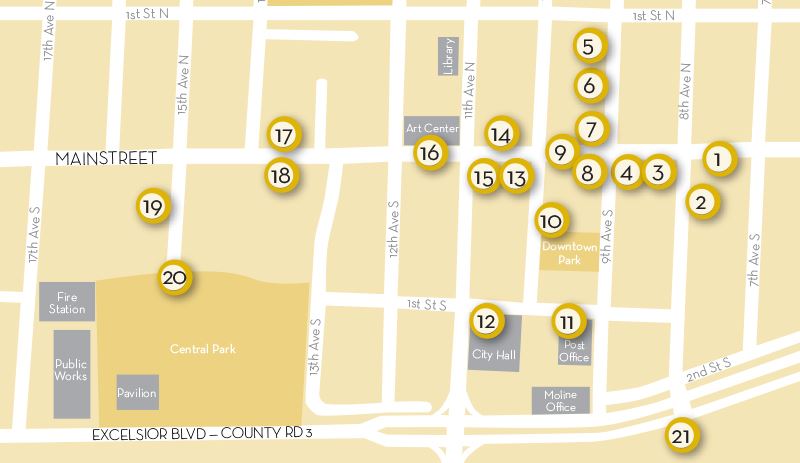 Hopkins was still such a small town in 1958 that when Kokesh Hardware (1001-1005) wanted to rebuild on that site, they moved the old building onto 10th Avenue and ran the business from the middle of the street during construction. 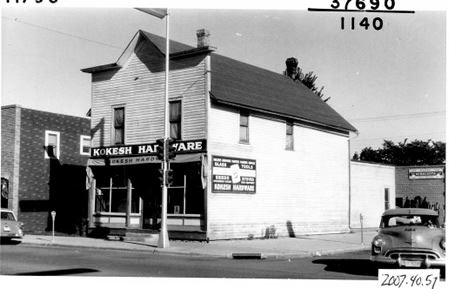 At 1009-1011, the Hennepin County Review newspaper editor, Jim Markham, was a strong Hopkins booster who organized the first Raspberry Festival in 1935. The Hopkins Historical Society's collection of these early newspapers is a genuine town treasure.

Dahlberg Ford at 1017-1023 was an institution on Mainstreet in the era when American cars reigned. In 1962, there were 6 major car dealer showrooms and 12 auto sales lots on Mainstreet.