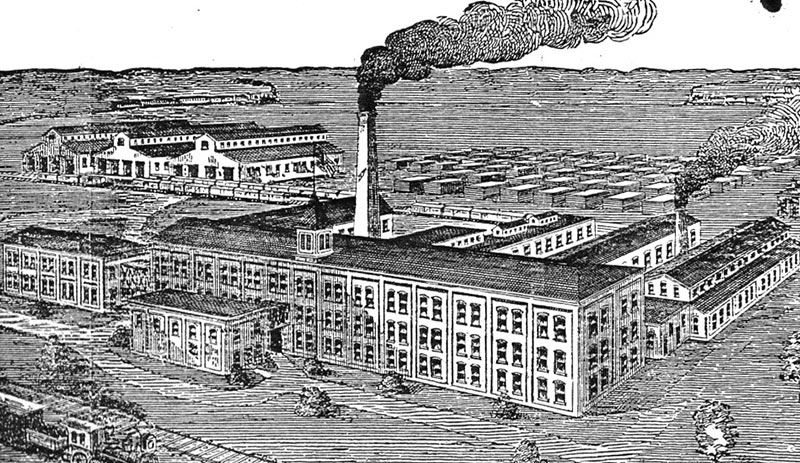 Beginning in 1852, while Minnesota was still a territory, the Hopkins area was settled by Yankee and Bohemian farmers. Strategically located near a trail established by Native Americans that followed the high ground from Lake Calhoun to Shakopee on the Minnesota River, Hopkins was settled as mills were being built on Minnehaha Creek to the north in what later became known as Minnetonka Mills. Hopkins was also centrally located between the Village of St. Anthony and the newly explored beautiful Lake Minnetonka and became a stopping-off place to rest horses.

From 1854 to 1870 settlers continued to migrate into the area, staking out claims and clearing land for farming and raising cattle. A big change came for Hopkins when between 1871 and 1881 three railroads were built through the area, opening its potential for industrial growth. The Minneapolis Threshing Machine Company factory was built to make farm equipment in 1887 and soon became the largest employer in western Hennepin County. The factory brought more Bohemian and Scandinavian workers into the area and a company to supply housing to the new settlers was established.

Merchants and services began to spring up to accommodate the growing population. Soon, Excelsior Avenue became a thriving main street and the primary market hub for the neighboring communities of Eden Prairie, Edina, St. Louis Park, and Minnetonka township. Hopkins became a hometown for many factory workers as worker houses and tenements were built. Churches and schools were built. It became the center of higher education and social activity for the rural population of the neighboring townships. (Learn how Hopkins got its name.)

Between 1887 and 1945, the Hopkins area continued to grow as a farming area and prosper as a small business community. A gigantic business and population boom following World War II saw the Twin Cities spread to the west- to Hopkins and all around it and beyond. Surrounded by urban activity, the small town of Hopkins put on some of the glamour of the big city. After all, until about 1950, Hopkins was the largest city in the western suburbs and its downtown was the area's major shopping district. Hopkins acquired new stores, new businesses, new services, and more government as its population increased. By the mid-1950s, the pastures and prairies were covered by modern dwellings and the modern businesses that served the new inhabitants.

Transportation was one of the reasons Hopkins was such a focal point. Hopkins was always easy to get to, first by trails, then by dirt roads and railways, next by streetcars connecting to Minneapolis and Lake Minnetonka, and after the automobile was introduced, by the major north-south and east-west roads running through it. The streetcar era (1899-1951) was Hopkins' heyday. The streetcar allowed Hopkins residents easy access to the big cities. If you needed a job, higher education, or services only available in the city, you could live in or near Hopkins, get on a streetcar and have access to all these facilities in Minneapolis or St. Paul.

The Changing Face of Mainstreet

Hopkins Mainstreet (formerly Excelsior Avenue) distinguished it from neighboring communities and other newer suburbs. Over the years, businesses of all types have lined the now 16-block stretch of Mainstreet. In the early years, there were necessary services such as a general store, lumber yard, meat market, milk depot, blacksmith shop, livery stable, barbershop, and public bath. Saloons, an opera house, and lodges provided various leisure time activities. Schools and churches were built alongside homes and businesses.

In the early to the middle of the twentieth century, Hopkins' thriving merchants provided all the needed services such as doctor and dental services, banks, drug stores, grocery and hardware stores, bakeries, shoe and millinery stores, restaurants, and mortuaries. Car dealerships, theaters, photography studios, jewelry stores, and a library were concepts hardly imagined by the early settlers of the 1880s but were part of Hopkins throughout much of the twentieth century. Hopkins merchants outgrew the main street and built on adjoining side streets, thus creating "Downtown" Hopkins.

On December 2, 1947, Hopkins became a city through the adoption of a city charter. Then, as now, the city leaders were challenged to grow with the times. Many more city services were required such as sewer and water service, better roads, and more police and fire coverage. The post-World War II building boom created multiple new neighborhoods and the need for new schools. Hopkins was no longer just a small town; it was an integral part of the thriving Minneapolis-St. Paul metropolitan area.